TEXAS EOR ASSOCIATES, LLC (TEORA) is developing Enhanced Oil Recovery (EOR) technologies that can revitalize oil production in thousands of America’s old, mature and pressure-depleted oil fields that have been closed, plugged and non-producing for decades.

Historically, more than two million oil production wells have been drilled in America. After years of producing oil, these wells were eventually closed and abandoned when their oil fields lost natural drive-pressure, or the pore-space in their reservoirs and wellbores became too clogged with oil flow-restricting asphaltenes, scale and paraffin wax precipitants, or when the sales value of the oil being recovered was less than the aggregate costs to pump and lift it out of the ground.

What most investors do not realize is that these currently closed and abandoned old oil fields still contain millions of barrels of recoverable oil; because for every barrel of oil previously extracted from old oil fields during their primary oil recovery phases, there still remains 3-4 barrels of stranded oil left remaining in the ground.

Today, using the latest, cost-efficient and proven-effective oil recovery technologies and extraction techniques, a significant amount of this stranded oil can now be recovered from literally thousands of dormant, old, pressure-depleted oil fields in Texas, and in every oil-producing area in America and around the world.

EOR re-starts oil production in old oil fields by re-entering, re-working and re-pressurizing (with injected water and/or N2+CO2 gas injectants) the oil-bearing geological strata and miscibly lowering the viscosity of the oil to make it swell and flow with less resistance through reservoir pore-space for ultimate extraction (up and out the production well) for sale.

Unlike unconventional Shale Oil, Off-Shore and Arctic oil projects (burdened with an average break-even oil production cost of more than $50-$80 per barrel in the present-day world of <$50 per barrel oil prices) – TEORA technologies can implement EOR to produce new oil from old oil fields for <$20 per barrel break-even cost. 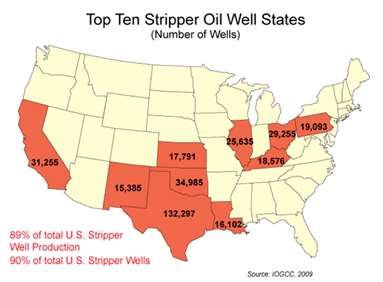 To enhance its ability to optimize oil production from EOR-worthy oil leases in which it invests, TEORA has licensed the exclusive U.S. EOR rights to market, sell and use two new “next-generation” EOR technologies that can beneficially alter the molecular chemistry of both EOR injected-water and the stranded-oil it helps to recover — and, by so doing, increase the effectiveness of the most prevalent types of EOR in the oil business today (for solvent-assisted):

1. Investors in Tertiary EOR projects, like those being developed by TEORA, may receive 100% tax-deduction of the IDC Intangible Drilling Costs and Qualified Tertiary Injectant EOR costs incurred in each EOR project, which can be passed-through to Investors/partners for deduction against their own personal ordinary incomes – potentially de-risking investment by enabling Investors to deduct more than 50% of an EOR investment from their taxable ordinary incomes in the tax-year such IDC and Injectant costs are incurred.

2. 15% Tax-Free Oil Income. In addition to the tax-deduction, 15% of gross oil sales may be tax-free to Investors, courtesy of Congressionally-granted oil depletion credits.

3. When EOR is implemented in a currently closed and inactive oil field to extract newly “economically producible” oil, its currently dormant, worthless or un-bookable oil reserves, under the latest SEC Oil-Reserves accounting rules, can be re-classified and re-valued as “Proved Reserves” such that the value of the oil-lease and the barrels of oil expected to be recovered from EOR can be monetized, securitized, collateralized and borrowed-against for the benefit of its Working Interest owners under international Reserves Based Lending and Borrowing Base criteria.